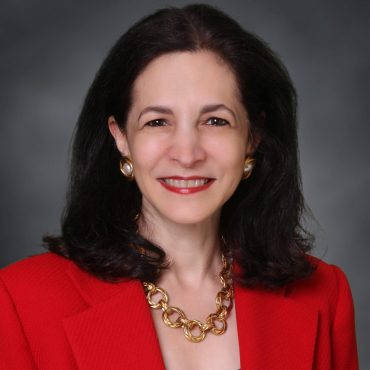 A member of Connecticut’s state House of Representatives for the past 10 years, Gail Lavielle left public office in January 2021 after choosing not to run for a sixth term. She was first elected in 2010 to represent Connecticut’s 143rd House district, which is roughly evenly split between urban and suburban environments, including two small towns — Wilton and Westport – and the City of Norwalk.

Lavielle entered public service following many years of executive leadership in the business world, as well as experience teaching at the university level. Drawing on her real-world skills and expertise, she developed or supported many proposals to make Connecticut’s government less costly and more efficient, create a fertile climate for jobs, reduce the tax burden on people, businesses, and municipalities, and make the state more competitive, for people of all ages, as a place to live, work, raise a family, and retire.

In 2020, Lavielle was named an Environmental Champion by the Citizens Campaign for the Environment. The Connecticut League of Conservation Voters also named her an Environmental Champion in 2012, 2013, 2014, 2015, 2016, 2017, and 2019. In 2015, she received the STAR, Inc. “Humanitarian Award” for her commitment to serving people with intellectual disabilities. In 2012, she was named “Woman of the Year” by the Homebuilders and Remodelers Association of Fairfield County for her leadership in supporting proposals to remove legislative barriers to business growth.

She was also recognized multiple times for her work on education and children’s issues. In 2011, she was honored by both ConnCAN – Connecticut Coalition for Achievement Now, with its “Tip of the Cap” award, and by the Northeast Charter Schools Network, with its “Torchbearer” award, for her advocacy for equal educational opportunities for all children. The Connecticut Early Childhood Alliance recognized her support for children’s issues, naming her a “Children’s Champion” in 2013, 2015, 2016, and 2018. In 2015, she also received the “Parent & Child Hero Award” from CT Parent Power. In 2020, COST – Connecticut Council of Small Towns recognized her with its Town Crier Award for defeating legislation that would have compromised the quality of education in Connecticut’s local public schools.

For more than 25 years, Lavielle worked in finance, marketing, and communication, holding executive leadership positions in both France and the United States with Fortune 500 corporations. As chief executive of a French subsidiary of the Interpublic Group specialized in strategic communications and public affairs, she turned a company around, managed it through a severe recession, and doubled revenues while running it for five years at a substantial profit. She also served as Senior Vice President, Corporate Affairs, of Suez Environnement, the world’s largest water and wastewater services company, managing people in more than 30 countries, where community relations and communications were key, and working closely with the financial community to build its understanding of complex government contracts.

For three years, Lavielle shared the lessons of her real-world business experience with students at the University of Connecticut, where she taught upper-level courses to undergraduates.

Before her election to the Connecticut legislature, Lavielle was active in public service on both the state and municipal levels. As a member of the CT Public Transportation Commission, she defended the interests of Fairfield County on issues including upgrading the Metro-North railroad and the development of pedestrian and bike paths. She also served on the state’s Advisory Council for Professional Standards for School Administrators and the Governor’s task force on rail station parking and access, and was a founding member of the Norwalk River Valley Trail steering committee.

As an elected member of the Town of Wilton’s Board of Finance, she gained practical experience with the issues faced by Connecticut’s municipal governments in a difficult economic environment. She also served on Wilton’s Energy Commission.

Lavielle has been active in many local service, civic, and cultural organizations. She has served on the Boards of the Norwalk Senior Center and the Child Guidance Center of Mid-Fairfield County, as well as the Advisory Board of Wilton Go Green. She has also served on the Boards of the Girl Scouts of Southwest Fairfield County and the Stamford Symphony Chairman’s Council, and has been a delegate to the Yale Assembly. She has also been a member of the Outreach Committee and the choir of St. Mark’s Parish in New Canaan.

Lavielle began her career at Morgan Guaranty Trust Company of New York, where she was trained in corporate finance and worked for five years. In 1988, Lavielle and her husband, Jean-Pierre, moved from New York to Paris, where they lived for 14 years. During that time, she gained broad international experience, as all of her professional activities were focused on France, Europe, and Africa. They returned to the United States when Suez Environnement transferred her to its North American corporate office.

Lavielle was born and raised in Houston, Texas. She holds an MA in French from Yale and a BA in English from Cornell, as well as an MBA in finance from UConn. A former music critic, she wrote reviews for The Wall Street Journal and is the author of a book on opera. She is bilingual in French and English.