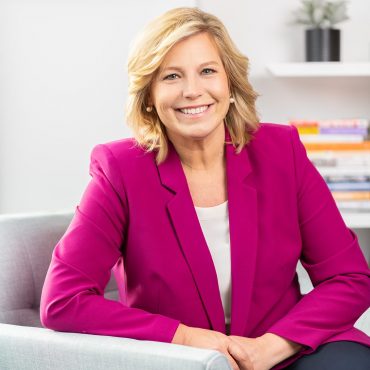 Ramsey is the President and CEO of the National Council on Aging. She is a thought leader and policy advocate who is leading a nationwide movement to ensure equitable aging for every American.

As President and CEO of the NCOA, Ramsey Alwin is leading a nationwide movement to ensure equitable aging for every American.

Building on NCOA’s 70 years of service and advocacy for older adults, Alwin is renewing the organization’s commitment to improving the lives of millions, especially those who are struggling. She is sparking critical conversations about the resources every American deserves to age well—and what needs to change to ensure all have access.

A seasoned thought leader and policy advocate, Alwin has changed the way people think about older adult poverty and economic security. She designed a new measure of economic security for older adults that better accounts for out-of-pocket health costs and worked to introduce the Measuring American Poverty Act in Congress to redefine the federal poverty measure for the older population. Thanks to Alwin’s efforts, the U.S. Census Bureau formally implemented the Supplemental Poverty Measure nationwide, virtually doubling the elder poverty count and better demonstrating true needs among this population.

Alwin also led and organized efforts to enact state and local legislation and regulations that use the new measure of economic security when determining eligibility for means-tested programs. Earlier in her career, she demonstrated a proof of concept of economic casework with over 20 community-based organizations and 5,000 older adults and developed, A Blueprint for Increasing the Economic Security of Older Adults: Reauthorization of the Older Americans Act.