During the past year, we have seen a series of graphic examples of the harassment and violence that our neighbors face, from the tragic deaths of Ahmaud Arbery, Breonna Taylor, and George Floyd to the rise in hate crimes against Asian Americans. Stop AAPI Hate, a coalition that tracks bias crime against Asian Americans and Pacific Islanders in the U.S., reported nearly 3,800 instances of discrimination against Asians in the past year.  Most recently, eight people in Atlanta, mostly of Asian descent, were killed while at their places of work. While the motive is still being investigated, this remains another stark reminder of the violence that many minority groups face in their everyday lives.

Each of us has a choice. We can passively support equity or we can choose to challenge the status quo.  We can express words of support or we can take action to stop the violence and harassment. Millions of Americans have come together over the past year to choose action. But, it’s not enough. We can do more. Make your voice heard through social media, community gatherings, protests, volunteering, and charitable donations. Be an ally, advocate, activist, and an anti-racist. Together, we can choose and create real, lasting change. 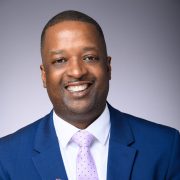 The sacred gift of life and the ability to engage as productive citizens across our society must not be compromised by fear and distrust.